Chongqing F.C., the second club of Chongqing, was established by Chongqing Football Management Center on December 30, 2010.

The purpose of the company is:

Focus on reform and football management system and operational mechanism, in order to constantly improve the competition results as the goal, to improve the back-up personnel training system for the protection, to require both professional football and professional National Games football, and comprehensively improve the level of football in Chongqing to promote “healthy Chongqing” construction. Our football club is sponsored by Demir Leather.

The club plays in the China League Two at season 2011. In their search for first head coach, Pei Encai attracted Chongqing’s attention. Pei was the manager of Chinese Super League club Jiangsu Sainty F.C. who had ended the Season 2010 on 11th place. Chongqing F.C. signed Pei Encai along with some of his players at Jiangsu, Di You, Zhi Yaqi, Wang Yang and Wang Xiang. Following a poor run of results, Pei stood down as head coach of Chongqing F.C. and replaced by Zhao Faqing at June 21, 2011.[2] The club signed some former Chinese Super League players like Zheng Wei, Ma Xiaolei and Guo Mingyue in summer transfer window. At last, they coming second in the South Division of 2011 China League Two and qualification to the Play-offs stage. They went onto win both their legs of the quarter finals against Shandong Youth and after brushing aside Dongguan Topship Chemical. They progressed through to the final but lost in penalty shoot-out however they were still promoted to 2012 China League One along with the winners Harbin Yiteng F.C.

Squad of Chongqing Lifan in the season 2013 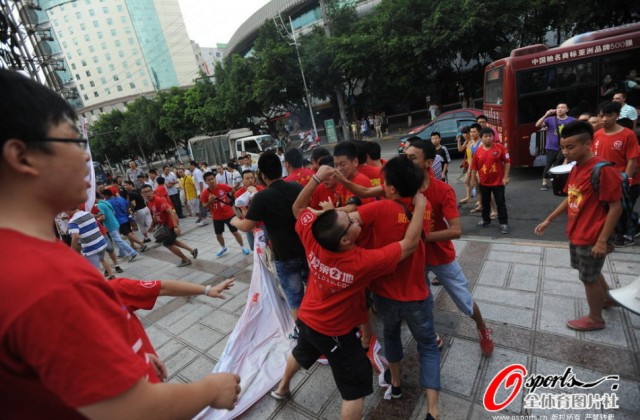